This is our little nephew Dylan when Jason and I watched him last week. Isn't he a cutie!! :-) This is my first attempt to take a video with my iPhone.

Posted by Holli Greene at 5:38 AM No comments:

One step closer to getting the house... 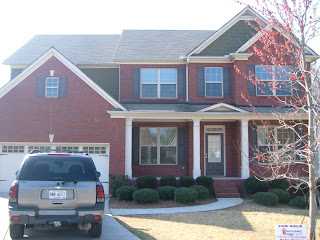 So for those of you that are following our house drama -- it's been 2.5 weeks since we submitted an offer on the Auburn house. Well, we finally heard back from the bank's real estate agent! As we knew it did, it takes time with foreclosed houses. But they have accepted our offer, and after signing some more paperwork, we sent it back to the bank. They are going to send it back with SIGNED contract to make it a binding agreement. The bank's real estate agent said this could take 2-4 days.

So, next week will most likely be a busy one! All of the utilites have been turned off, and it is our responsibility to get all of them turned back on. So, I'll have to turn on utilities for the home inspector and then get a home inspection all accomplished next week. They agreed on May 5 for closing -- so hopefully everything will go smoothly from here on out and Jason and I will be celebrating with margaritas on Cinco de Mayo after closing on a house!!

Keep those prayers a'comin. I included a picture of the house this time. Doesn't Jason's car look good parked in the driveway?? :-)
Posted by Holli Greene at 10:49 AM No comments:

Last weekend my dad and I made a trip to Savannah for a Prototype Modelers Meet. This is where people to build scale models of trains get together and share their work and give clinics on their techniques.

Savannah is also like a reunion amongst a large group of friends. The best parts are the meals and the cutting up. Lots of jokes and stories are told and we all just have a good time. Most of the guys only see each other once or twice a year since we are from all over the state of GA and the country. There was a guy from Michigan, a couple from Florida, Alabama, North and South Carolina and Ohio. Much Fun was had by all, the models were great.

I will add a couple of pictures of the stuff I took and the video of the models that were there from all the rest. 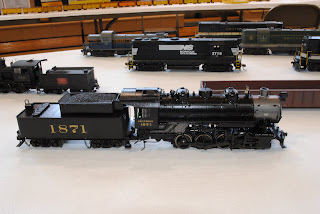 This is my Southern Railway 0-8-0 switcher. It is modeled for an engine that operated in Atlanta up until the early 1950s. 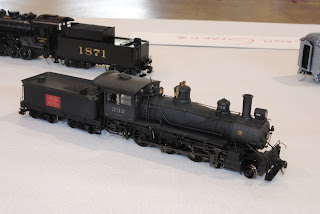